Neptune Frost, the sci-fi musical from filmmaker Anisia Uzeyman and artist-musician-poet Saul Williams, is set to open in theaters nationwide on June 3. Ahead of the film’s premiere, distributor Kino Lorber has released a new trailer that offers a glimpse into the film’s unique and inspiring world of neon colors and binary-shattering exuberance.

Set in the hilltops of Burundi, Neptune Frost follows the parallel journeys of an intersex runaway (Elvis Ngabo, Cheryl Isheja) and an escaped coltan miner (Bertrand Ninteretse) who meet and fall in love with one another through a quirk of cosmic providence. Joining together, the lovers spark a revolution as they unite a disparate community of miners to form an anti-colonialist hacker collective resisting an oppressive regime hellbent on despoiling the region’s resources for their own nefarious purposes.

FIND A THEATER NEAR YOU
READ ARTICLE at Polygon

The Times’s co-chief critics, A.O. Scott and Manohla Dargis, pick their favorites of the year and Neptune Frost is on the list!

‘Neptune Frost’ Review: Unanimous Gold Mine
An Afrofuturist fantasia about the state of the world and how to resist it.

Multi-hyphenate, multidisciplinary artist Saul Williams brings his unique dynamism to this Afrofuturist vision, a sci-fi punk musical that’s a visually wondrous amalgamation of themes, ideas, and songs that Williams has explored in his work, notably his 2016 album MartyrLoserKing. Co-directed with his partner, the Rwandan-born artist Anisia Uzeyman, the film takes place amidst the hilltops of Burundi, where a collective of computer hackers emerges from within a coltan mining community, a result of the romance between a miner and an intersex runaway. Set between states of being—past and present, dream and waking life, colonized and free, male and female, memory and prescience—Neptune Frost is an invigorating and empowering direct download to the cerebral cortex and a call to reclaim technology for progressive political ends.

ROLLING STONE – From 'Top Gun: Maverick' to 'Thor: Love and Thunder': Every Movie You Need to See This Summer

“Amidst a futuristic background of colonization, hyper-industrialization, student protests and civil unrest, an intersex hacker falls in love with a miner seeking revenge for the death of his brother. Their bond could herald the dawning of a new era, not to mention an opportunity for a lot of experimental narrative storytelling and the chance to rage against any number of machines. That’s as close as we can come to describing what happens this Afro-cyberpunk collaboration between directors Saul Williams (Slam) and Anisia Uzeyman — it’s a movie that defies easy classification but gives you the sort of bold, singular experience that imprints you on a big way.“

Neptune Frost is the MartyrLoserKing—the #1 trend The Authority seeks to end.
A musical written & directed by Saul Williams.

“Staunchly intersectional, wildly ambitious, it’s a film that plants a seed of countercultural hope while pushing back the boundaries of the genre.” —Thomas Page, CNN

“A film that dovetails with Williams’ artistic and political convictions… at a time when the growing social justice movement makes his African sci-fi musical especially timely.” —Christopher Vourlias, Variety

“Williams is on the verge of becoming a true directorial talent to watch in 2021.” —Eric Kohn, Indiewire

Premiere: Saul Williams Preaches A Message Of Love And Unity In "Dare" Visual

Dancing Between Worlds: An Interview with Saul Williams

The poet, musician and activist on the power of poetry, on stage and off.

“Kiss & Describe It” by Andrew Gura

In terms of sheer intensity, Saul Williams’ Tiny Desk concert may be the most potent in our eight-year history.

THE FADER: Saul Williams Walks Barefoot Through Ferguson In “The Noise Came From Here” Video 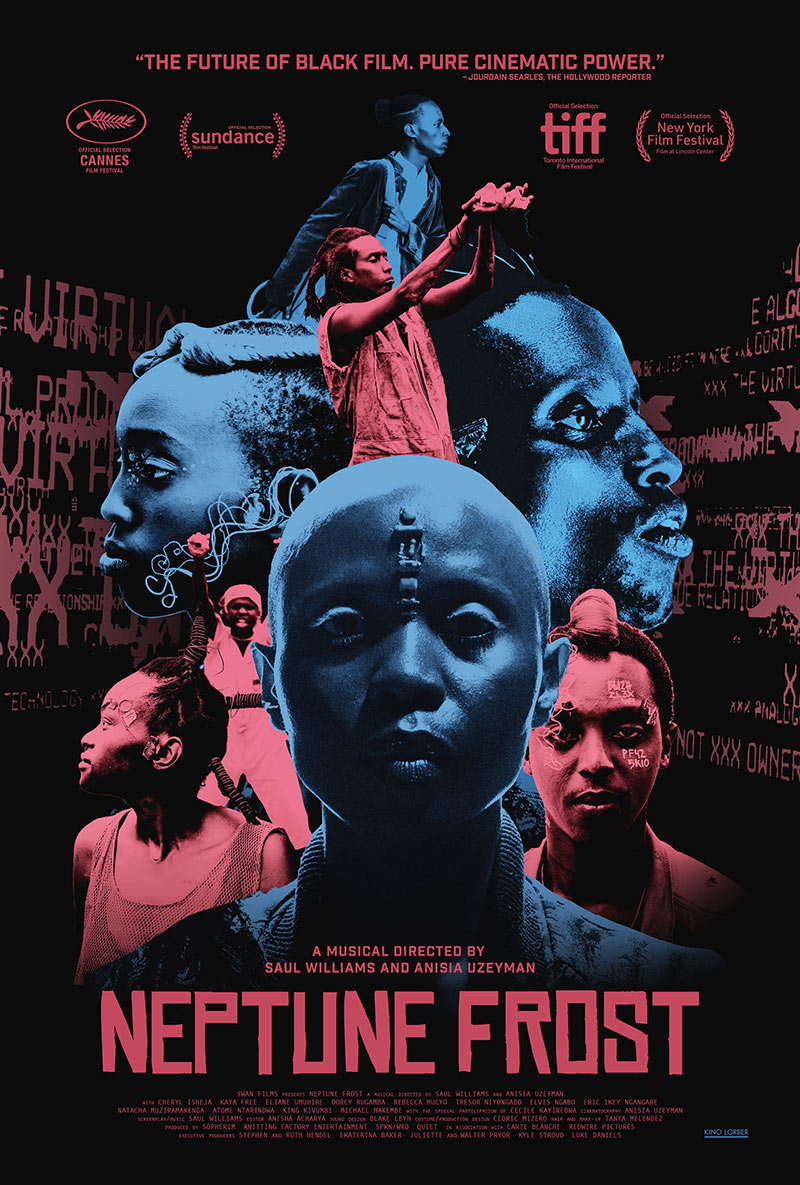 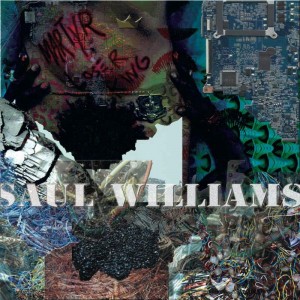